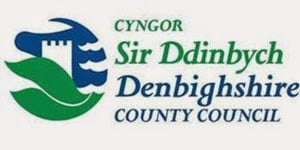 Firstly, when the result of the “Wales in Bloom” awards was announced on the 18th September, they came second in the town category with a score of 162 out of 200, and were awarded Silver Gilt. An email from Councillor James Davies of Prestastyn in Bloom said: “This is the best score we have ever received from the particular judge who visited (he gave us 159 last year) but was one point short of our best ever, awarded by a different judge in 2012!”

The results of “International in Bloom” were then announced on the 20th September, in which Prestatyn scored 5/5 (or 5 “Blooms”) and were third in their category, with Gemeente Weert in the Netherlands winning. One of the international judges contacted Councillor Davies to say “Prestatyn is definitely a 5 Bloom community and I congratulate you on the wonderful things you are doing and the warm and welcoming community that you are”.

An officer from Denbighshire County Council, Tim Wynne-Evans, contacted two of Kingdom’s Environmental Protection officers, Katrina Bamsey and Jamie Lambert, saying “I know that you had a fair amount to do with preparing Prestatyn for these competitions, especially helping the Councillor out with particular problems and reviewing areas for him. Clearly it was beneficial for them”. Both Kat and Jamie worked hard to help with preparing Prestatyn for these competitions, putting up more signs, increasing patrols and informing local businesses and residents about the competition. They also met with a judge and gave a presentation and briefing on the work Kingdom has been doing in Denbighshire, as did another officer, Charlie Walker. Jamie noted that “Councillor James Davies was clearly very happy with the support given across the board by the team”.