Kingdom LA Support is pleased to report that our dismissal of a member of staff for sharing entirely inappropriate and offensive WhatsApp messages has today 22nd February been upheld by an Employment Tribunal decision with all the dismissed staff member’s claims of ‘automated dismissal and discrimination being dismissed. Further the Tribunal found that his alleged ‘whistleblowing’ and ‘discrimination’ was nothing of the sort and was in fact a “strategic step to delay the disciplinary process.” 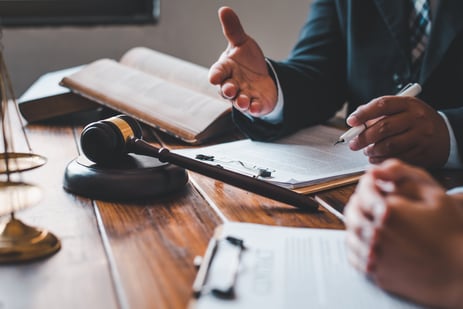 Company cultures and inappropriate message sharing are currently under much scrutiny, so it is vital that employers such as Kingdom LA Support take robust action when we find evidence of wrong doing. By doing so we send a clear message of the high standards we expect of our staff and the people representing our business in the communities where we work.

In November 2020, we were made aware of a WhatsApp group that had been created by a senior staff member in which entirely unacceptable messages were being shared.

We immediately launched a thorough and wide-ranging internal investigation, which led to three employees, including the manager who was the administrator of the group and who was appealing our decision in the Tribunal, being dismissed for gross misconduct.

The Tribunal outcome clearly shows that we made the right decision by taking the robust action that we did.

It has been an upsetting time for our staff who knew the claims being made against our company were unfair and unfounded.

Kingdom LA Support Managing Director Michael Fisher said: “We are happy with the judgement from the tribunal and believe this is the right outcome. We hope this finding sends a strong message to all current and future employees about the standards we expect all our staff to uphold for our customers and the communities we serve.”