This week, the Kingdom LAS Podcast welcomes its first guest, John Read from Clean Up Britain.

As the founder of Clean Up Britain and a leading campaigner, there's no better person to highlight the litter problem in the UK. In this jam-packed episode, John explains:

Clean Up Britain has launched an educational campaign, in collaboration with Kingdom Local Authority Support, to target the next generation of potential litterers and young adults in the UK.

While the primary educational campaign is designed to be fun and interactive, the secondary school campaign is more 'hard-hitting' in an effort to tackle the biggest offending age group head-on.

The primary education campaign has already been piloted in Kingdom LAS' Head of Service, John Roberts' child's school and is already receiving positive feedback for its engaging and informative curriculum.

How Else Can We Combat Littering in the UK?

Aside from early education, John also feels passionate about making other changes to the way we approach littering in the UK to make what he describes as 'sustained behavioural change' where people actively understand that littering is unacceptable and that to do so has enforced consequences.

To do this, John outlines four key actions he wants to see in the UK:

Ultimately, John explains that for behaviour to change, there needs to be a fear factor as well as appropriate education around the environmental impact of littering. Yet, currently, research shows 3 in 4 councils don't actively enforce the law, either embracing this as a policy or giving out less than one fine in a week.

What's more, courts are also giving out low fines when compared to the maximum amount available, allowing people to commit an offence without any major consequences.

John explains that it's not enough for the littering fine to be increased, it needs to be enforced too.

Even so, he is campaigning for a steeper sum, since it isn't in line with other Western developed countries with the US' standard fine standing at $1,000 with some states offering as much as $10,000 for a littering offence.

Needless to say, listening to this episode will change the way you think about the environment and how we can better help to do our bit in the UK.

Listening to the Kingdom LAS Podcast

To catch up with any of the episodes of the Kingdom LAS show, simply listen to the podcast on your preferred platform. We publish episodes on environmental crime every week, covering all sorts of topics from littering and low-level fly-tipping to dog-fouling.

You can find the brand new litter podcast from the people revolutionising environmental crime in Britain on Spotify and SoundCloud. 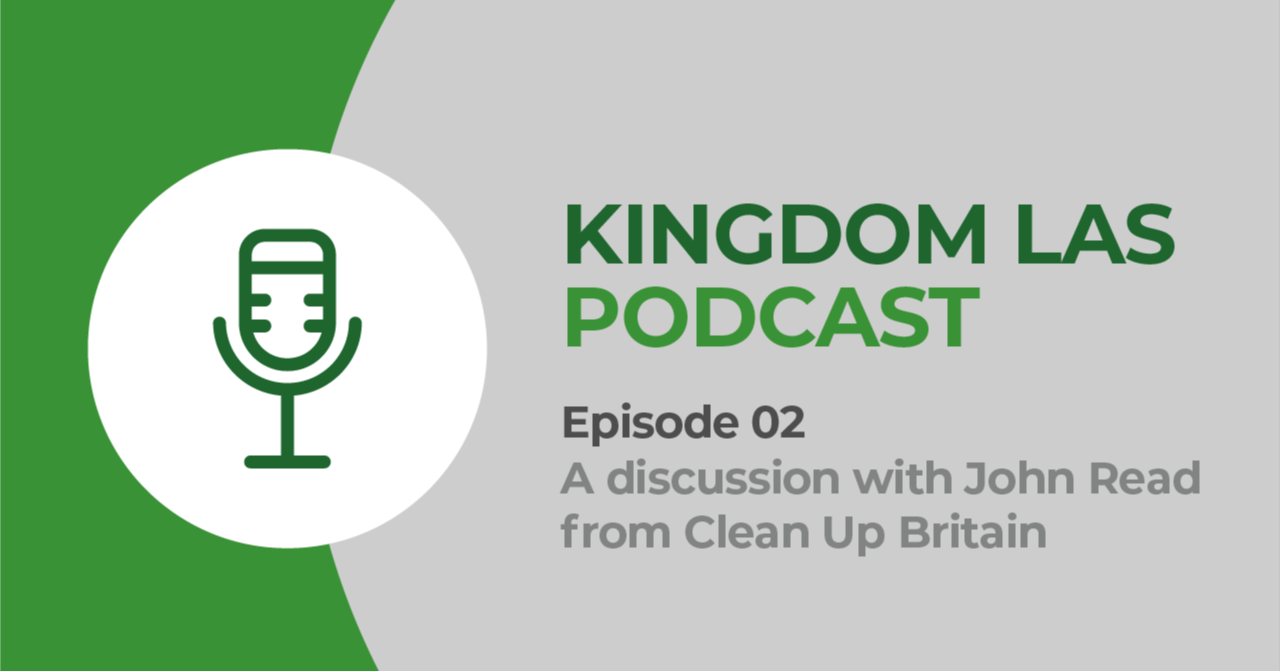